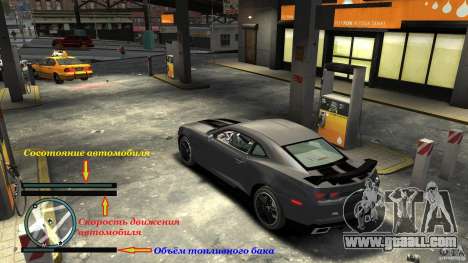 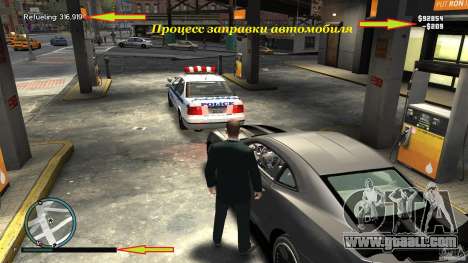 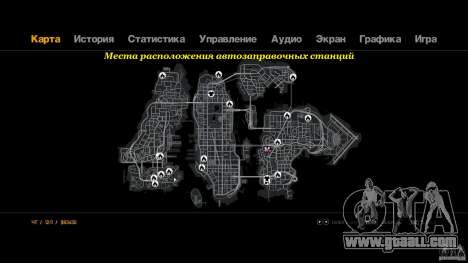 The mod is activated as soon as you enter the game. When you sit down in the car for the first time, mod randomly assigns the amount of fuel in the tank. Icons on the map will be fire station, a gas station.

In order to get fuel at a gas station, you must switch off the engine (default Ctrl + R).
The price depends on the filling where you are.
Money is withdrawn after you fully zapravites′.
If you have a full tank, then you will not be able to refuel.
If you do not have enough money then charging stops.

If you run out of fuel, the engine will be failure–doomed and will not start.
Included avarijki, which cannot be switched off.
In this case there are two options: