To activate any cheat codes for GTA 5 on Xbox 360 you should enter code during the game, meaning you don't have to enter through the telephone, as codes for GTA 4 and this is good news! If you playing GTA 5 not on XBOX 360, then choose your platform below.

It should also be remembered that all the codes for GTA 5 it is necessary to enter in the right places! For example, if you're indoors and try to spawn Duster plane or helicopter Buzzard, then you'll never make it and called transport simply will not appear.

If you don't want to enter cheats via your in-game phone, you can enter them right in the game, using your gamepad. All you need is to press the buttons in proper order. However, don't think that it'll be easy to remember all the combinations! 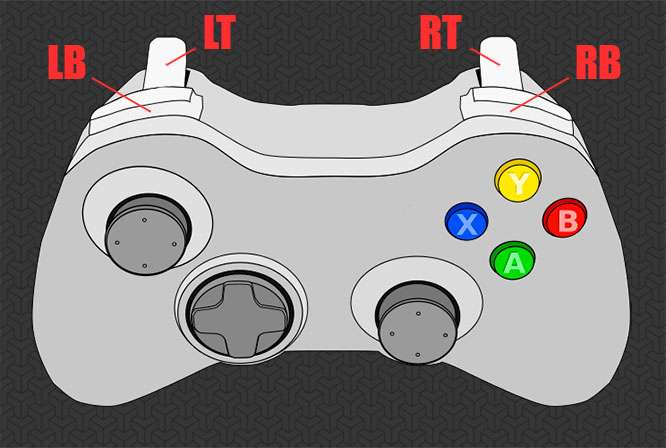 This picture shows buttons on XBOX 360 gamepad. Just in case, if you suddenly forget them.

Players will be able to enter all codes through the phone of the protagonist. To enter code you first need to get the phone button (↑ on the directional pad of your controller). Next, go to the "Contacts" section and press the button X. It now remains to enter the cheat code by selecting the digits of the phone using the d-pad. When you enter the cheat code one more time press X. If you see: CHEAT CODE ENABLED, then the code worked.

Re-enter any code on the XBOX 360, you can speed up - press the button * on the previous phone and the cheat will immediately show!

The most popular codes for GTA 5 are of course cheats for cars, helicopter, aircraft and tank. All codes for GTA 5 for Xbox 360 checked and you can boldly call favorite transport. Immediately after entering the code, requested, the vehicle to fall off in front of the main hero.

Buzzard chopper cheat, which is equipped with powerful minigun and rockets.

Codes for weapons in GTA 5 and other items

Invincibility cheat (GTA 5 God Mode). Remember that invincibility will be active only for 5 minutes.

But don't worry! We have an article entitled "how to hack GTA 5 money", if you don't have enough GTA 5 money.

Max Health & Armor cheat. If you use this cheat code in vehicle, it will be repaired.

Skyfall cheat - a parachute is useless.

Lower Wanted Level cheat. This cheat will help you to get rid of police on your tail.

Parachute cheat for GTA 5 on XBOX 360

As usual, we do not recommend you save the game after the introduction of any of the following codes. If you save, you will not see any achievements, trophies or other nice features of fair play. Use the codes for fun, but the game save is not advised. Saving game doesn't save codes. This means that if you enter a code, and then save, after loading the code will not work, you will have to re-enter. Codes only work in single-player mode GTA 5. In GTA Online these codes will not work.