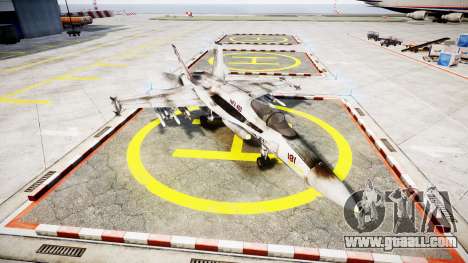 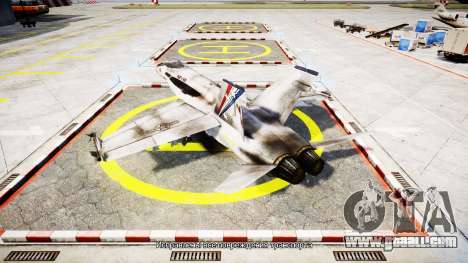 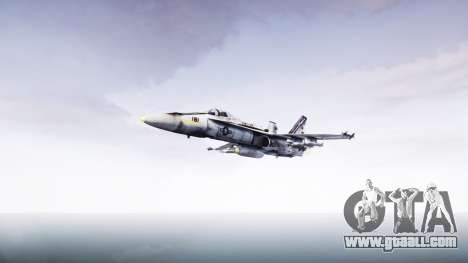 McDonnell Douglas F/A-18 Hornet for GTA IV. American deck fighter-bomber and attack aircraft, designed in the 1970's. Today is the principal military aircraft of the U.S. Navy. Is in service with several countries of Europe and Asia, were used in military operations in Libya, Iraq, Yugoslavia.

The aircraft model is compatible with the script Air Combat IV and has a corresponding configuration.

Model airplane replaces Airtug, however, because of our proprietary autoinstaller mods for GTA IV, you can set this model in a couple of clicks! To download the mod from the link below.