The main Easter egg GTA 5 is extraterrestrials. The presence of aliens in the game is already can not be called invisible - in different parts of the map you can notice UFO, on seabed you can find the sunken flying saucer, there is even the body of one of the aliens frozen in the ice. What is known about the secret of staying on the Earth cosmic guests?

To begin with as aliens look, since it is not a big secret - in GTA 5 can be found alien frozen in ice, it can remind the creature from the movie "Alien" for someone. 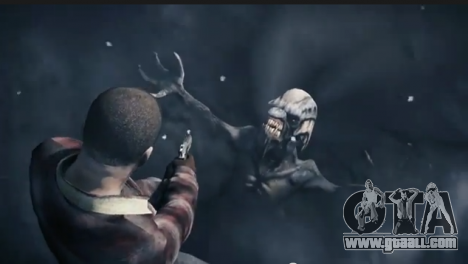 When it comes to talking about aliens, the first thing that comes to mind is flying saucer; the game has one ownerless, but to be accurate not more flying saucer lying under water. 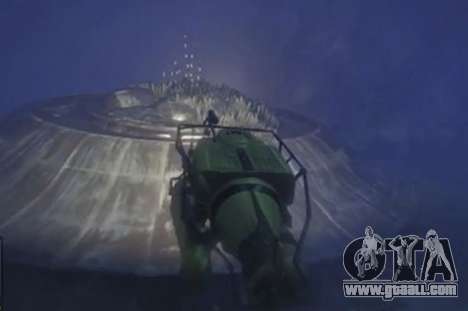 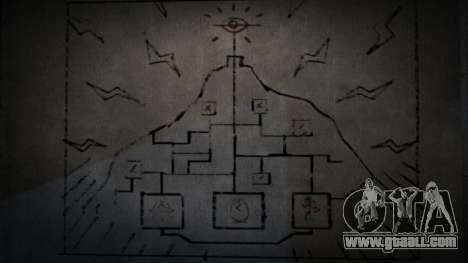 The picture is reminiscent of the mountain, down in the framework, depicted flying saucer, cracked egg and the man with a jetpack. On "Mountain" is inscribed incomprehensible scheme, and on top is another, but red, the image of a UFO. There are symbolic images of lightning  around this. Plate on top similar to the glowing eye, which is a bit like a pyramid and "all-seeing eye", so maybe it's related to local Illuminati of GTA V - cult Epsilon. 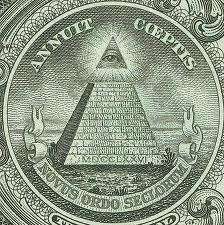 On mount Chiliad have strange glyphs on the place and conditions of the appearance of a UFO. If we assume that the mountain in the picture is Chiliad, red Xs correspond to the places where these marks. That's the glyphs and what they mean: 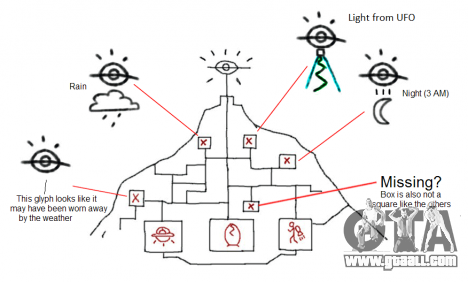 Similar signs are near the Altruist Camp, but there's so much that there is a suspicion that they themselves Altruists drew them nothing better to do.

On top of the mountain Chilliad there is an observation deck on the wooden stage on the one side engraved icon of UFOs, and with another - the inscription "Return when your story is complete". This is a condition for the appearance of a flying saucer. Having a game at 100%, from the top of the mountain 3 hours of the night in a thunderstorm can be observed UFOs. But it does not interact with bullets or explosions, and if you approach - it will simply disappear. Therefore, it is considered that this is a hologram, the truth is unknown where it projected from. This flying saucer has the inscription "FIB" (a game analog of FBI), so the government is involved into all this stuff. 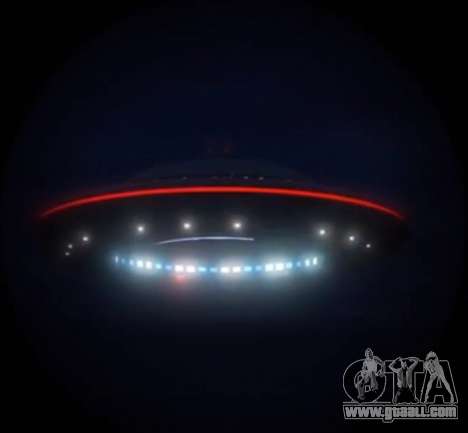 After completing the game for 100% UFO also appears over the Sculpture Park in Grand Senora, same as UFOs of mount Chiliad and sunken flying saucer. The inscription "FIB" is on it. 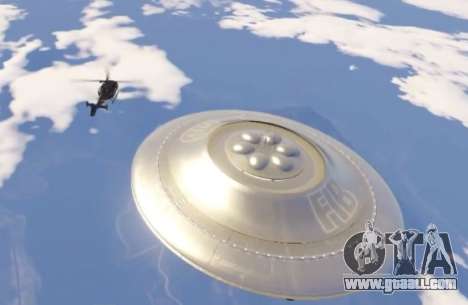 In GTA 5 there is another flying saucer - over Fort Zancudo. At 3am in the morning, you notice a strange symbol created by the green light on one of the buildings of Fort Zancudo. Light radiates from the UFO hovering above the fort. This saurcer has different from other form and it does not have the inscriptions "FIB", but there's another - "Rearrange and Segregate". If you rearrange the letters in the word "Segregate" it would be "Easter egg". This UFO is surrounded by a field, not allowing to communicate with it. 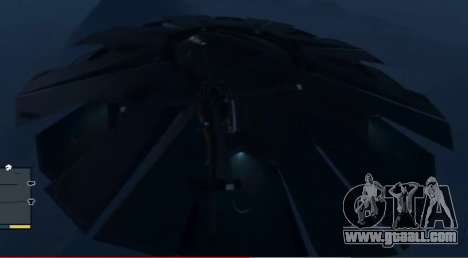 At a certain time of day on the mountain Gordo near radiotower can be found worker and a number of government agents in suits. Also in certain times of the day in the company of the same agents at least one man in a lab coat can be seen near the telescope in the desert. Himself telescope is aimed at Fort Zancudo.
↑