History of the mysterious killer from GTA 5

In the Sandy Shores once lived a Merle Abrahams. He was lonely and eventually went crazy. Merle was obsessed with number "eight", infinity and ouroboros, apogee of his madness was the idea of committing a mystical ritual for which he needed eight victims. In the gaming community Abrahams is known as Infinite 8 Killer. Let's try to find out what's the story of this murderer from GTA 5.

House of Merle written up with the numbers "8", and all sorts of phrases, explaining what was going on in his head. 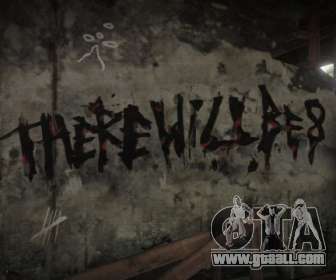 Maybe it is about the fact that the victims will be 8, on the wall you can notice a dash used to count, obviously, this was written after four murders. Doodle on top of this map: the Peninsula and Islands nearby. 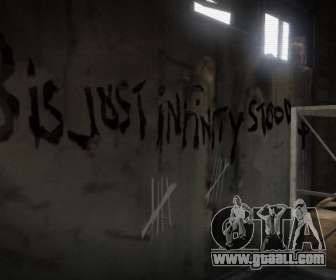 Merle notes that "8" and the symbol of infinity, it is one and the same. Count on the wall here reached eight.


The neighbors were not happy to live with Merle and forced him to leave Sandy Shores. 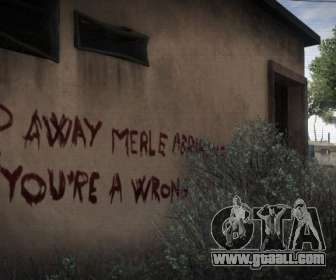 Perhaps they burnt the house of Abrahams, and he dwelt in a desert.

On the rocks in the desert you can find the following inscription: 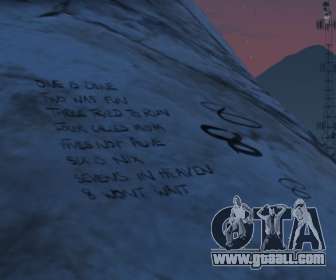 [+] Show text[-] Show text
One is done
Two was fun
Three tried to run
Four called mom
Fives not alive
Six is nix
Sevens in Heaven
8 won't wait
Probably, this rhyme about the victims. Eight Merle wrote not with a word but with a digit.

Abrahams knew that the police were looking for him, maybe that's why he went in the desert. Here is another inscription:

It seems like his capture he considered a matter of time, but promised to leave a hint where to look for victims.

Merle was arrested and placed in jail. On the wall of the prison's yard next to the block 9A, he left a message: 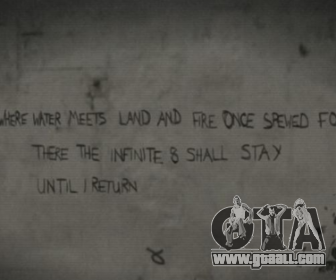 
Map indicates the Peninsula in the North and the island next to it. What the fire did tell Merle about is unclear, but at the sea bottom in these places players found the bodies. 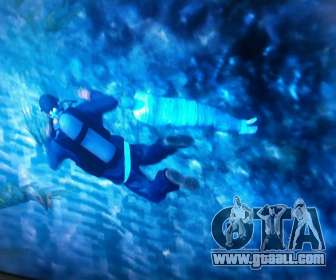 In the Sandy Shores has posted a newspaper dated December 2004, which States that Marle Abrahams died in prison. 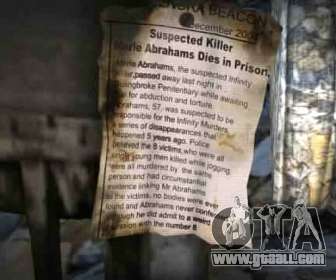 [+] Show text[-] Show text
"Suspected Killer Marle Abrahams Dies In Prison
Marle Abrahams, the suspected infinit
killer, passed away last night in
Bolingbroke Penitentiary while awaiting
trial for abduction and torture
Abrahams, 57, was suspected to be
responsible for the Infinity Murders,
a series of disappearances that
happened 5 years ago. Police
believed the 8 victims, who were all
single young men killed while jogging,
were all murdered by the same
person and had circumstantial
evidence linking Mr. Abrahams
for the victims, no bodies were ever
found and Abrahams never confessed
although he did admit to a weird
obsession with the number 8"

Apparently no longer be able to learn any details about this maniac from GTA V and his dark ritual.
↑