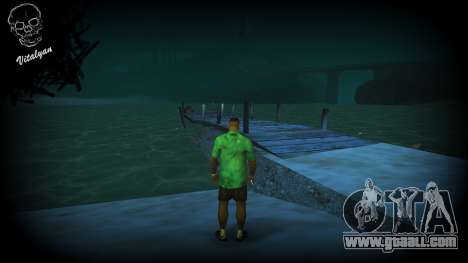 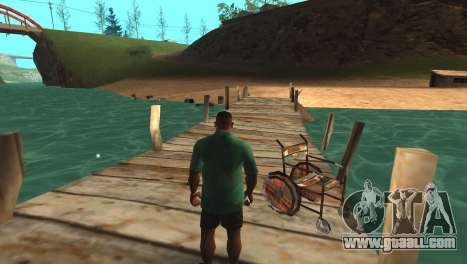 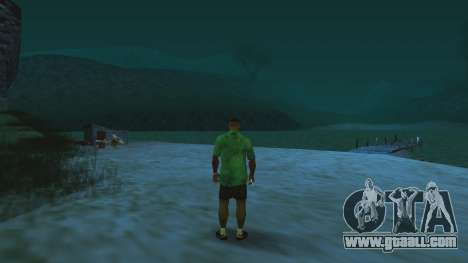 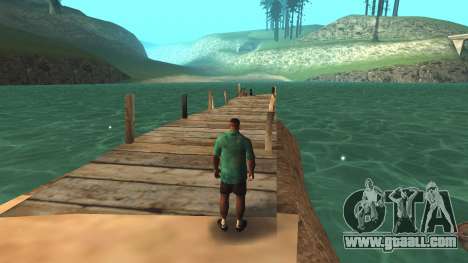 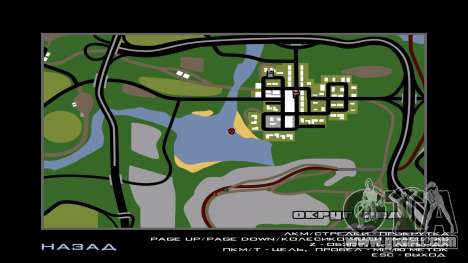 Earlier there was a myth about a mysterious wheelchair on the dock of the Lagoon Fishermen. The play was set.
But I was interested in this, as this story was original.
She found one guy from YouTube (it's been a long time, I do not remember) and it sounds like this:
Legend has it that this carriage belongs to one man in the Gulf has brought his daughter. So he was fishing there and just admired the water.
Located this place is also near a small town.
And once, when his daughter came back for him, simply didn't detect him. The corpse was never found, the old man as if disappeared.
Daughter decided not to move the stroller came some time on the pier and sat down, imagining how he talks with his father.
Also has overlaps with new York, where lived a father and daughter. Coil, which the banks had the name "CARCER".
Carcer City is the city from another Rockstar game - Manhunt, which is the prototype of new York

Now to the game. Now in the Lagoon Fisherman you can meet a girl in this stroller.
And at night the Ghost of the old man sitting in a wheelchair.(There is not every night. If he gets too close he will vanish and will not appear until you load the save again)