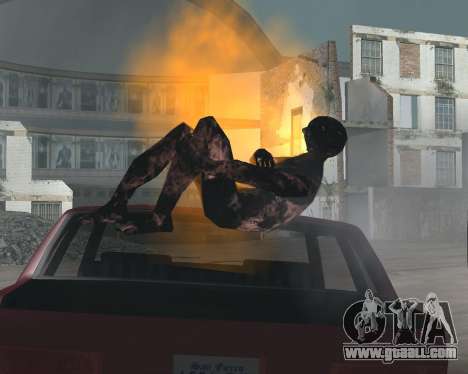 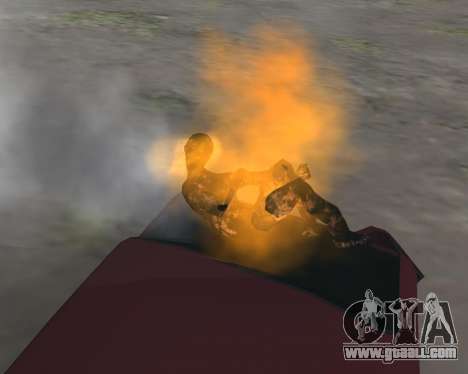 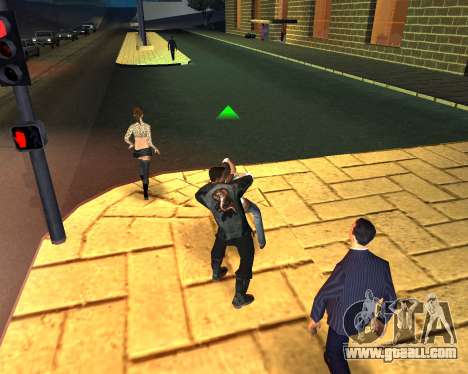 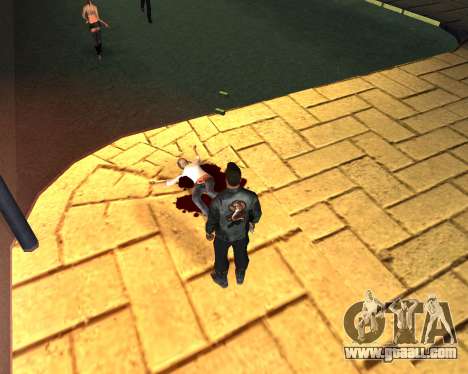 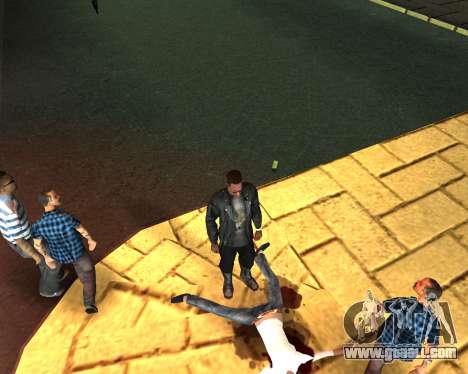 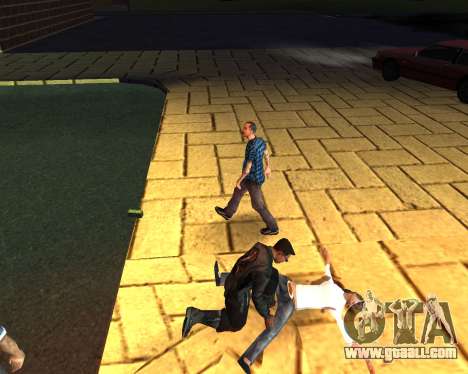 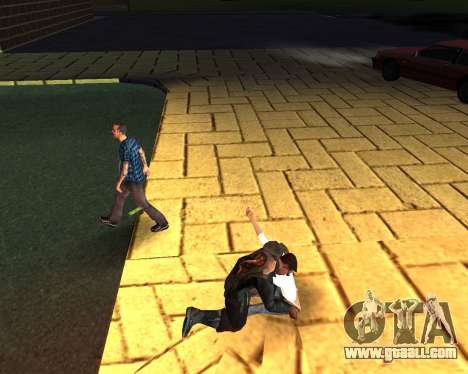 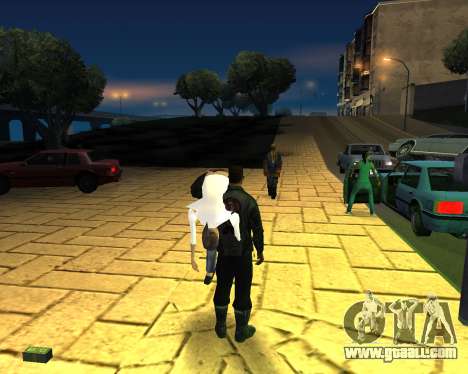 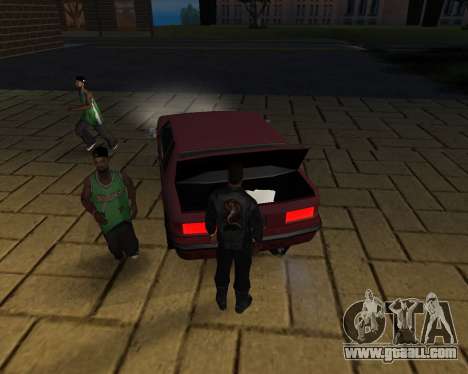 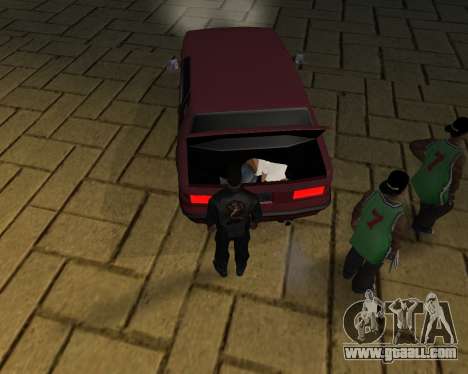 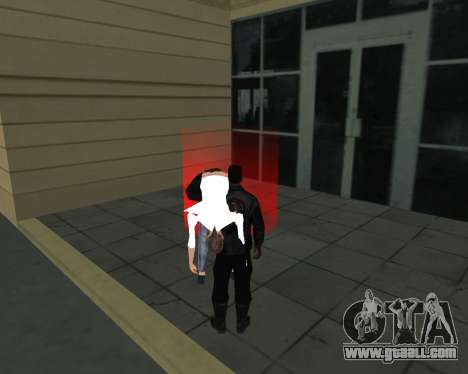 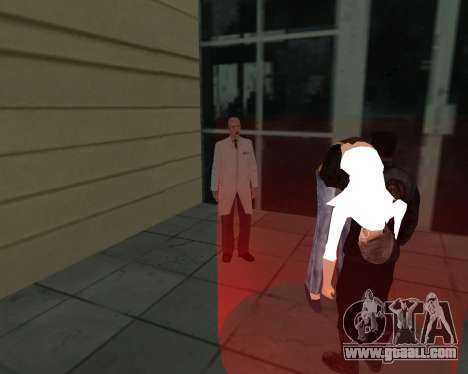 To carry the corpse of 2016 for GTA San Andreas.

Features:
- Ability to drag the corpse in any place;
- The ability to put a dead body in car/motorcycle;
- Have the ability to sell the corpse in two hospitals;
- When the car in which the corpse, the body gets burnt;
- The sale is taken into account the condition of the corpse, i.e. the presence of the head, as well as its type (for police pay more). Selling corpse is impossible in the case if you wanted. The amount of money for the dead is always different (from 4000 to 6000 $);
For different cars its features of corpse. If you put the corpse in a pickup truck or a truck without roof or if you put the corpse on a motorcycle, at high speeds the body will fly out of the car. Also, if the trunk (or rear doors as the Ambulance) will be opened, then the body can fly. If you wanted and the corpse fell, the stars will begin to blink.
- If a passerby will notice as you drag the corpse, it will call the cops and you'll be given 2 wanted stars.

To free and easy to download to Drag the corpse of 2016 for GTA San Andreas need to do is click the link at the bottom of this page.