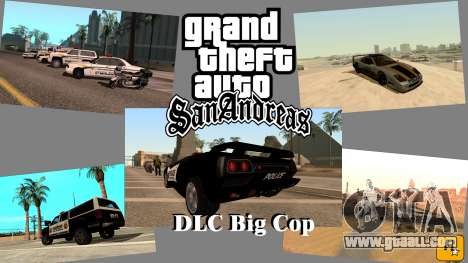 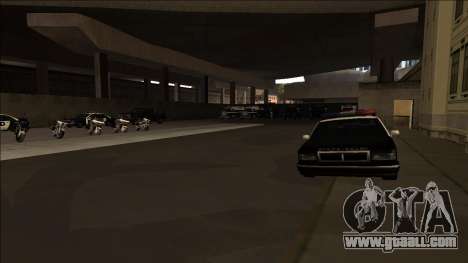 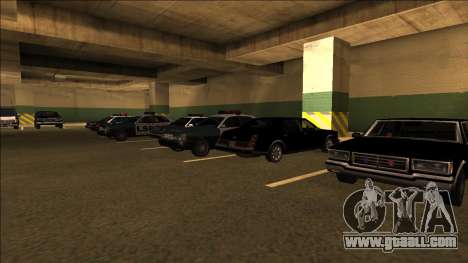 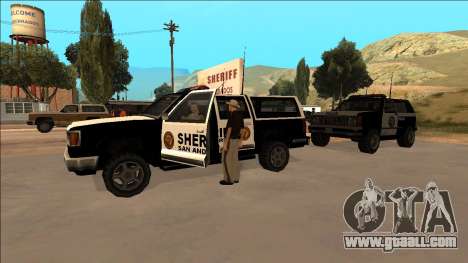 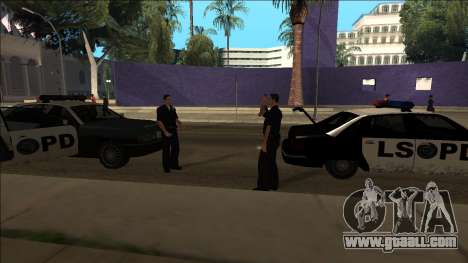 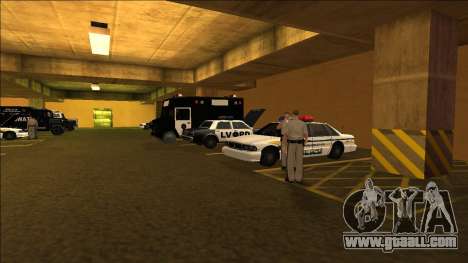 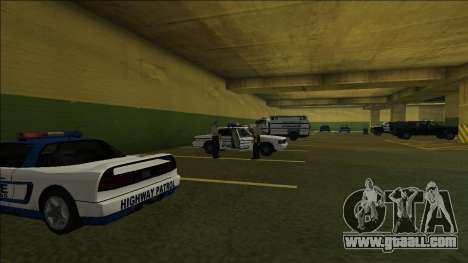 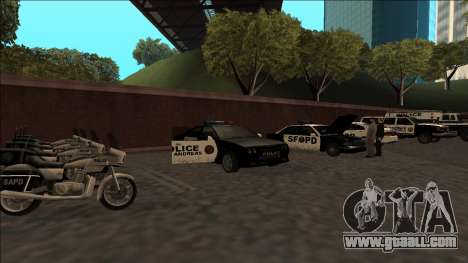 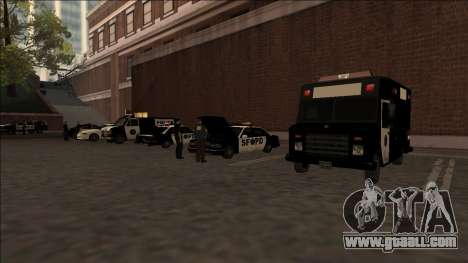 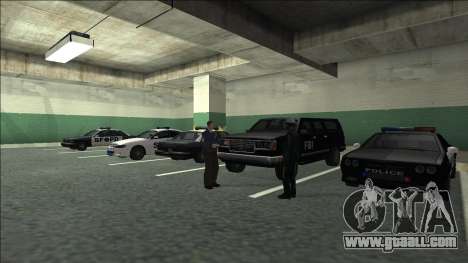 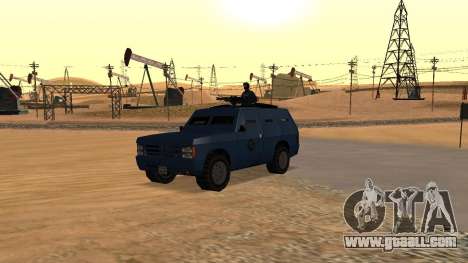 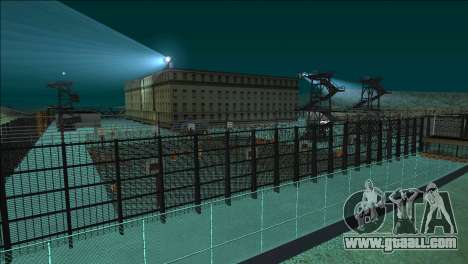 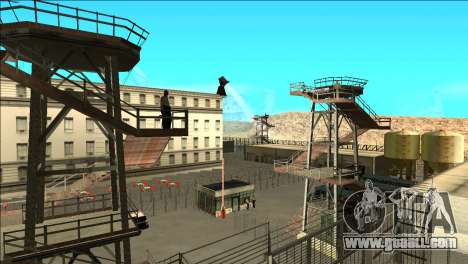 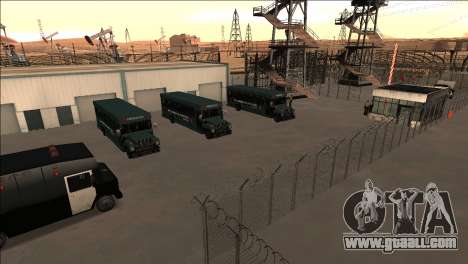 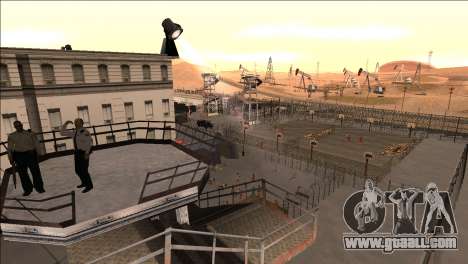 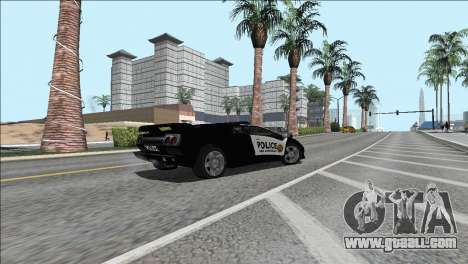 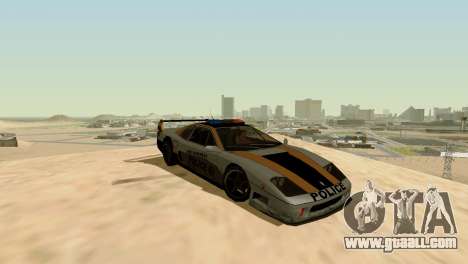 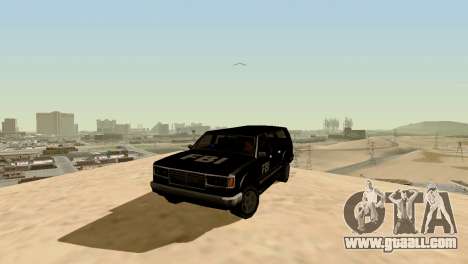 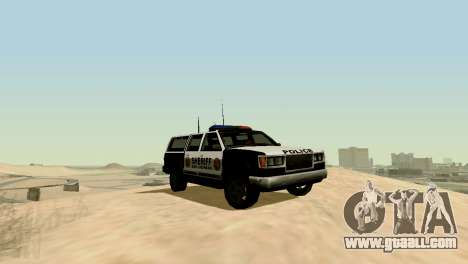 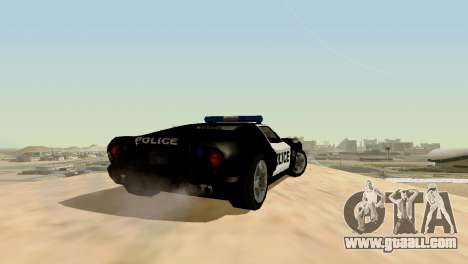 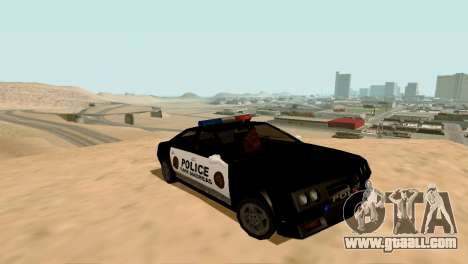 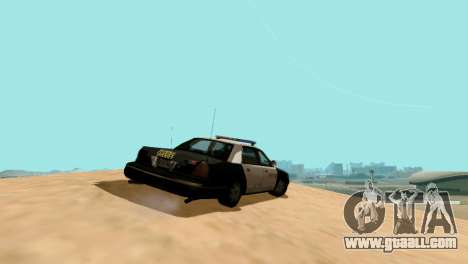 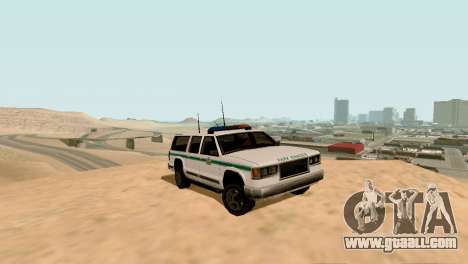 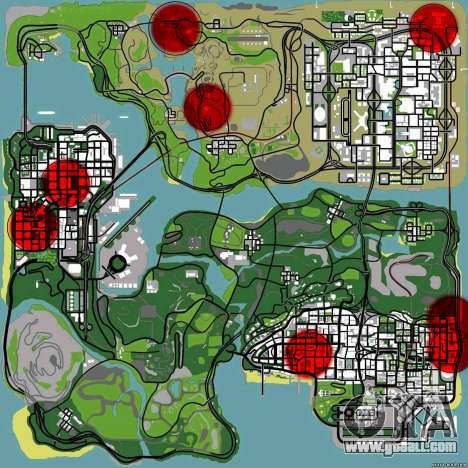 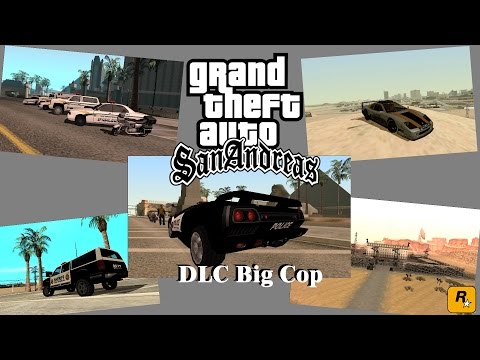 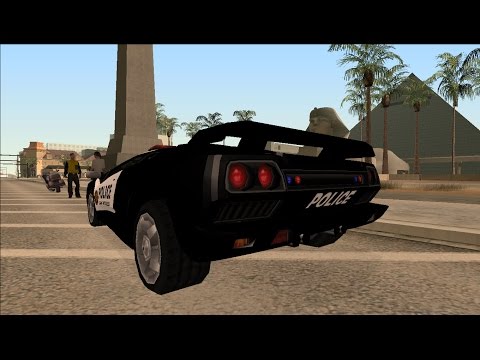 DLC Big Cop and All Previous DLC for GTA San Andreas. The main feature of this DLC is its globality.

The game will be more than fifty new police cars, including motorcycles, helicopters and boats. As you know, these machines do not replace anything, as installed on the new ID.

In addition to more than 50 new police cars will be new police skins (including skins girls), they also do not replace anything.

All new machines have the main functions of the game: the working siren, working flashers and mission of the police.

In addition to new police cars in the game there will be a prison in the desert near area 69. On the territory of the prison: the guards (new skins), prisoners (new skins) and new vehicles, including a prison bus. The prison looks pretty realistic. It has a tower, searchlights, dining room, basketball courts and a rocking chair. In the area of the rocking chair can be found big Robot, Auggie Loka and guys with grove Street. Also in the area is rocking the ring, where inmates fighting. On the territory of present prison gangs: the greasers and Balashov and guys with grove street.

In addition to the prison in the game quickened all the police stations, including rural. In all plots a large number of both new and standard machines. Apart from the vehicles, in areas there are police. Plus, there are police checkpoints. If you pass by this post at high speed, you will earn 2 stars. If you have more than three stars, you will come to a new police car.

As always, by tradition, the game will be number secret cars 8 pieces, they are scattered across the state. Among the secret machines will be quite interesting jeep HUNTLEY. His special ability is the gun, which is spinning 360 degrees (the very model of a machine gun), he also shoots in all directions. At the gun sits SWAT soldiers. The gun control is simple: hover over them with the mouse, shoot the PKM.

Where to find new car:
- In police stations;
- On the road (new machines will meet in traffic (driving will driver CPC));
- Spawn them.

Only 53 new vehicle: three motorcycle, two helicopters and one boat. The boat can be found at Santa Maria beach, Los Santos.

ATTENTION!
It is recommended to install the mod on a clean game.