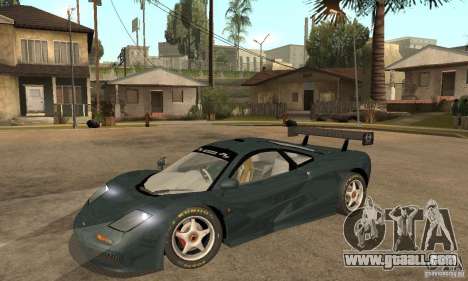 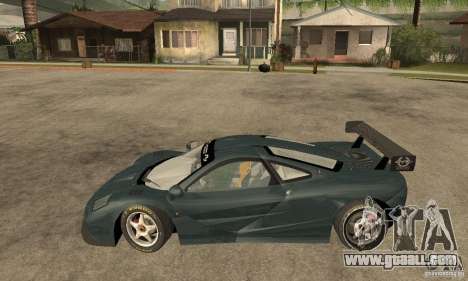 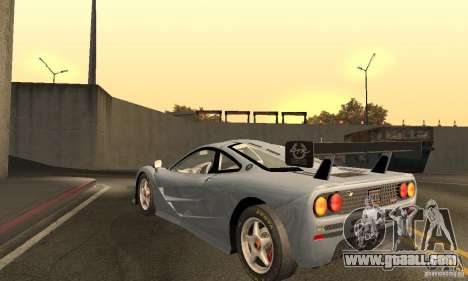 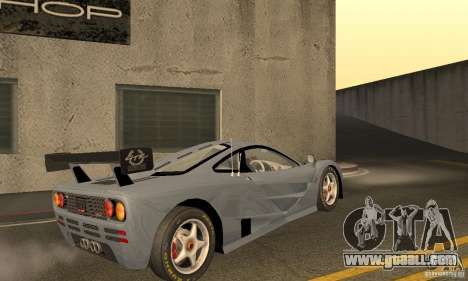 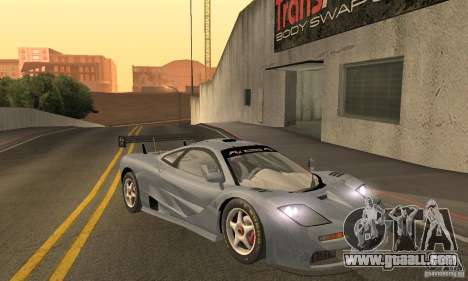 Model features:-6 extras-secondary paint color to change the color of car seats and booster-detailed material "ugleplastikovoe fiber (carbon).
-replace model now Hotrinb (strongly recommended), or to replace any other, but only 2-door model of the car.
-high-quality detailed model.
-models with the plugin enb series-painting works (copies of both the NFS Shift).
-post optimization of materials and geometry models-full adaptation under HQLM v2-an chrome and glitter-work light Lantern-compatibility with wild upgrades your cars v1.0.0-Tuning garažeTransFender.
-installation of paint work with new materials-improved map uvw texture quality Mclaren F1 LM, blood brother of the legendary Mclaren F1 GTR sports car, appeared in the State of San Andreas. Recently there was a very large delivery of different modifications of the Mclaren F1 car for the participation, in a closed and very prestigious event. Some cars Mclaren F1 GT, Mclaren F1 GTR and the Mclaren F1 LM were sold to a rich lucky limited edition, but as most of these vehicles are involved in some kind of event. Don't know why, but the auto maker Mclaren decided to find out what is more promising. Any experienced rider in a closed club, free of charge, can participate in the sitting behind the wheel of a Mclaren F1 LM, opposing the Mclaren F1 GT, and the Mclaren F1 GTR! Who will win the prestigious event and receive a place on the podium, just depends on you! A new model of racing created for GTA San Andreas, born thanks to the improvisation of the author. Body and Interior takes its roots in Test Drive Unlimited, and of the Need For Speed Undercover and Shift our supercar was the engine, wheels, suspension, ugleplastikovoe fibre (CFK), lamps and many other materials. The car is made at the highest level, just everyone is obliged to sit behind the wheel of this legendary luxury car and fly at top speed throughout San Andreas.