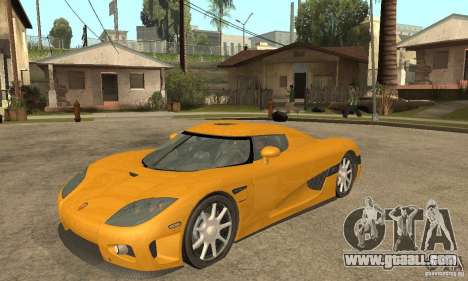 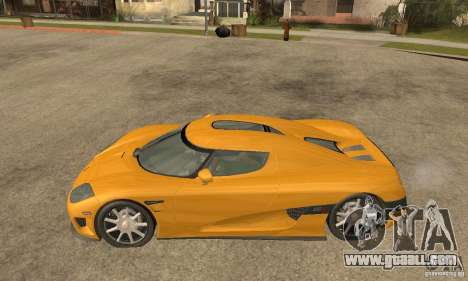 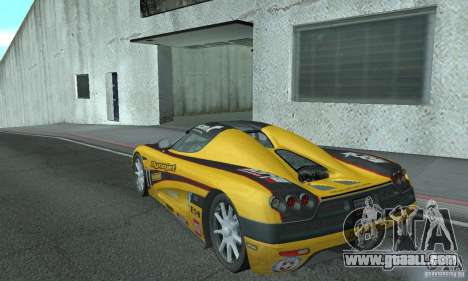 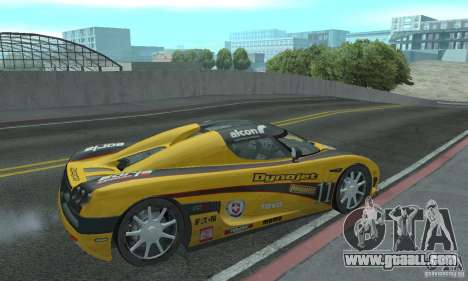 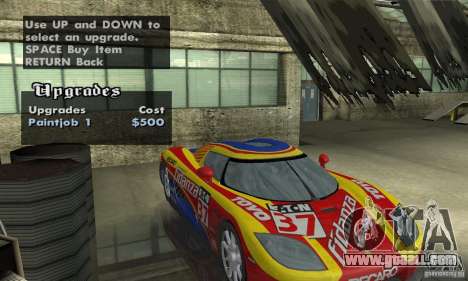 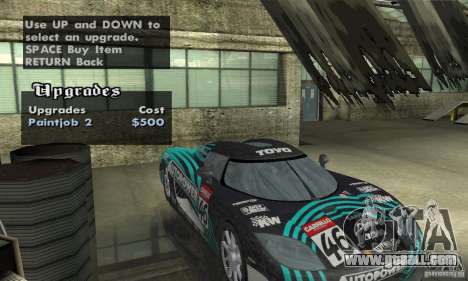 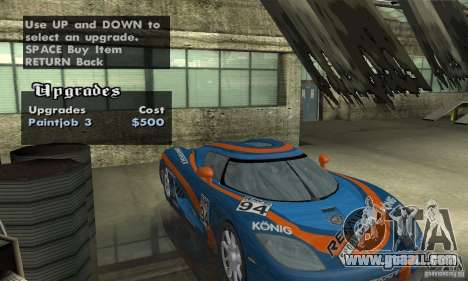 Contains the paint work in Transfendere.

Scandinavian executioner. Koenigsegg Brand is one of the youngest among the manufacturers of luxury cars, but this does not prevent the Swedish machines nerves porodistym competitors. However, there is one car that has a Koenigsegg engineers in nightmarish dreams, is the Bugatti Veyron. Geneva Motor Show will be the revenge of the northerners: Scandinavians will bring back two high-speed gadgetry. And one of them is able to send a Franco-German creation. "Killer Vejrona" will be the Koenigsegg CCX, which by its power could easily compete with the missile shield. Moreover, unlike the nuclear warheads of the Union, the supercar SSX much greener, because "he" eats the biofuel ethanol. The Swedes in a elegant way wiped out two birds with one stone: such fuel, in addition to its purity, increasing return engine is its octane rating higher than that of gasoline. The insignia of the Koenigsegg CCX not society lacks. There are the Swedes and the sense of humor: "Flower Power" at the tysâčesil′nom luxury car looks more serious than the girls from kindergarten with a Kalashnikov. Power of the engine of the Koenigsegg CCX-1018 HP. And if people from Bugatti until shaking knees, terrified to think it still is time. The maximum speed of the CCX has not been revealed, but a quick "Swede" will compete with the Veyron and in this discipline. It is expected to exceed 400 km/h in General, waiting for arrivals on the Italian site in nardo — they reveal the winner in this battle of Kings. The Koenigsegg CCGT is designed for race tracks. But the date of his "military" debut until is called. But that is no reason to relax competitors. But the young and ambitious car maker can no longer rely only on-road cars-Koenigsegg wants to build horror and on race tracks. To do this, a modification of the CCGTS that meets the technical requirements of ACO (organiser of the Le Mans 12:0 am ") and FIA GT engine blower motor has lost, but its volume was increased to 5 litres. The Koenigsegg CCGT is very easy — the machine only weighs a ton, 100 pounds less than the minimum weight the FIA requirements.
The missing weight will add ballast which will place depending on the type of track. do not worry, this is not the product of homegrown tuners with Ûžnoportovogo market. It is the Swedes decided to send the Koenigsegg CCGT race tracks to conquer. By the way, all cars Koenigsegg with a 2007 year will get a new dashboard. The patented design has a very unusual design and, by assuring Swedes, requires no perefokusirovaniâ view on the peripheral zone — all focused in the center of the shield. Sounds convincing, but it is not very hard to believe. Beautiful? No Doubt. But there is serious doubts usefulness this dashboard. Or Swedish patent it exclusively design? also, standard on the Koenigsegg will control system, so in theory you can ride on the 1018-high luxury in winter. At the same time, the Swedes are slightly eased the light car-door hinges is now made of aluminum. And music lovers will be delighted in the audio integration capabilities of iPod.