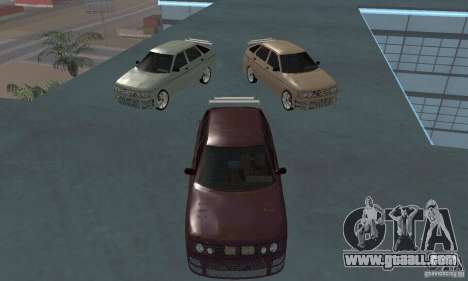 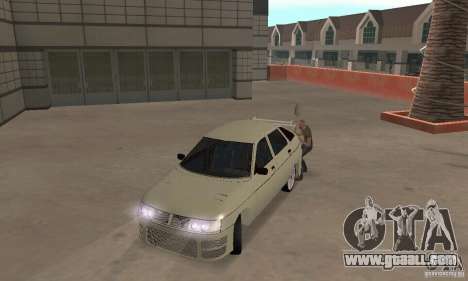 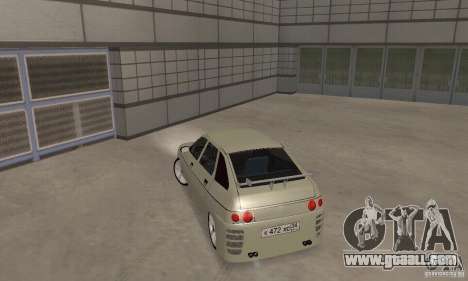 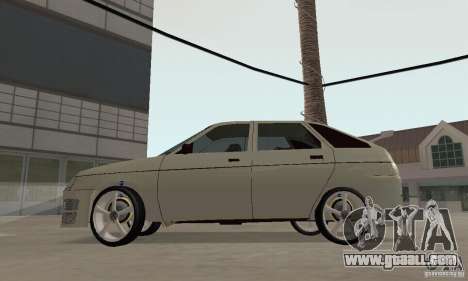 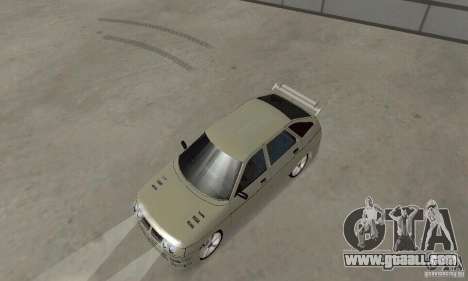 In the "pure" "2112-th" furious shestnadtsatiklapanny motor with phased array fuel injection and twin-shaft cylinder head has almost a hundred horsepower. Putting them together and how priporov, already twelve seconds razmenivat first hundred on the speedometer. And only do not fall short to the second. Why some 15 km/h, and began a new era of mass-produced cars. However, and native 185 even against many foreign cars look quite decent. Not a Porsche, of course, but something. Nice tickles pride "negligent" working gas - wheel moment burst into shrieks. And may the owners of everyone there, "Zhiguli" twist after his finger to his temple is they envy. The main thing - in time to stop! Precipitate such a frisky horse called powerful brakes. Their front ventilated discs, increased size, and therefore less prone to overheating and "betrayal". Fire brakes a little sharper than on "ten", but easy to get used. Instead of pressing on the pedal, it only lightly stroke, and the car obediently squats - "ku" master, a sign of respect and good manners "twelfth". But the movement is so fast car too soft contraindicated. Suspension rigid enough tenaciously holds the road and in detail informs the driver that has not yet soared. Repeat the natural contour of the road, and not pretend to be desired, without extra pits and bumps - with this task it copes. Fourteen-inch wheels - just what is lacking "ten". Why? Look at the tractor "Belarus" - the answer is obvious. In addition, the exterior won. Noble falling roof-line, short rear overhang and spoilers behind the glass gave the newcomer a complete and rapid appearance. Beautiful aircraft, they say, well fly. Perhaps, this is true for cars. Of course, to fly them should not be, but to ride with the wind whistling too uncomfortable. Coefficient "twelfth" surprisingly low, only 0.3! The rear window is always clean and in motion wiper enable is not necessary: instead works airflow. The situation is different in slushy traffic jams. But long brush, the same as in front, suddenly takes on precipitation. Few flops - and almost all of the glass clean. Salon "twelfth", keeping the rear passengers prostor "dozens"gained significant before her advantage. The seat is folded in parts, at a ratio of 1:2. Now, inside you can easily place the rake and shovel or skis - someone like that. Earlier this trick was available only to the wagon - "eleven." Despite transferred "circumcision" - rear overhang "twelfth" shortened, trunk volume is still good. Four hundred litres, however, is less than the sedan and wagon, but more than the "nine." And for agricultural powers, it's not the last thing. Height of loading small - friendly. "Storeroom" covered huge fifth door. She moved gas stops, obediently follows the hand, just by touching to designate the desire for open-close. Well, what is the hatchback in management? Of course, the severity of eight-nines" no, and where did it come from, because parents - modern "people". The machine is flexible and forgiving of small mistakes in management. No need desperately to catch her on the road, searching for the true direction of the front wheels. This is not the cocky "combat Cockerel ' beloved temperamental drivers, but rather, replete and contented cat. Soft and tender, but only so long until he came on the tail. A quick look at the technical specifications of the proof. Shortened rear made the machine more obedient - reduced moment of inertia. It is easier than "top ten", to shift from one turn to another - tail-the trunk is not pulls a car from side to side and at the initial stage of the maneuver it more and more docile. The car easier to "zakrutit" the wheel and gas, and skidding, if and appears quite easy. Especially pleasant reverse Parking. No hidden from the eyes of the trunk and get into the envelope there is no need - all is seen. Familiar with trunks-stealth will appreciate it. And we may add that 185 km/h - this is certainly great, but 185 thousand miles without breakdowns would be preferable.