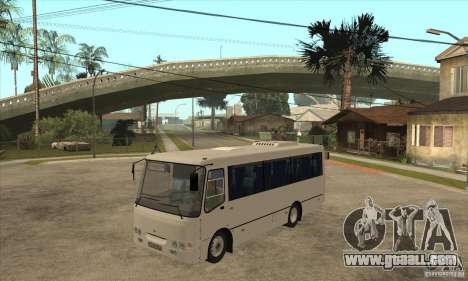 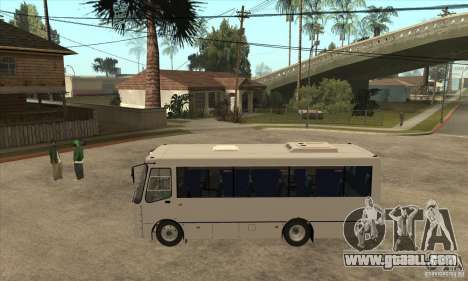 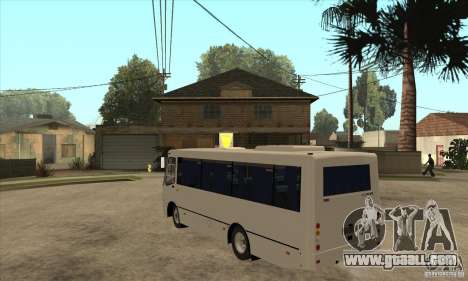 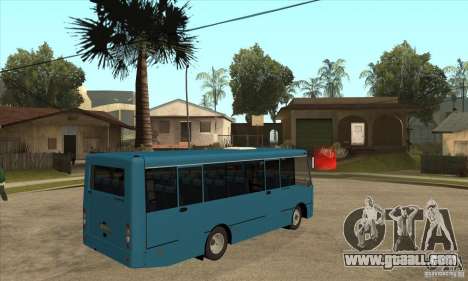 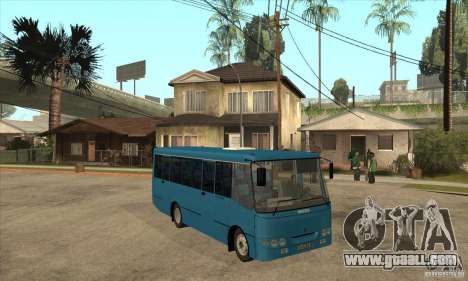 A0921-suburban modification. Number of seats-27. Isuzu diesel engine complies with the environmental standards Euro-3. Unlike the city bus, the rear door Salon at A0921 opens manually and is intended for emergency exit. Bogdan buses are picking A0921 "suburb" and "tourist" Commuter buses are equipped with 27 soft seats with headrests, shelves in a small luggage, luggage compartment in the rear overhang (2 m 3) and four speakers. The body coach is usually painted in white. Buses in addition to options A0921 represented suburban bus, have a slide-out front door, auxiliary heating and air conditioning. At the request of the customer the tourist bus may be equipped with more comfortable seats, shelves with individual air supply and individual lighting and painted according to customer's requirements. Produced since 2003.

In 2007, the basic models of Bogdan Bogdan A0921 and Now improved. From now on they will be equipped with new generation engines with Common Rail fuel system that meet ecological standards Euro-4.