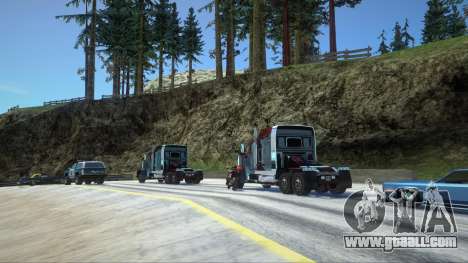 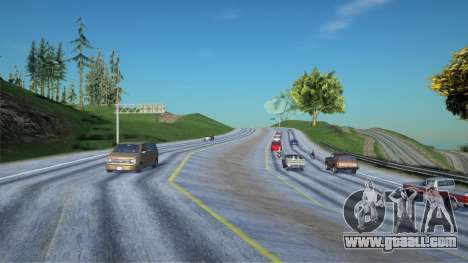 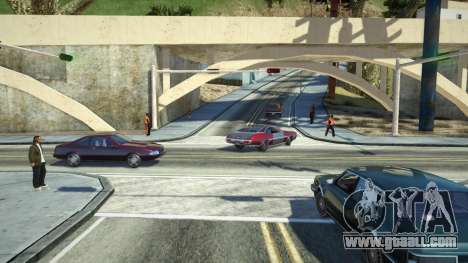 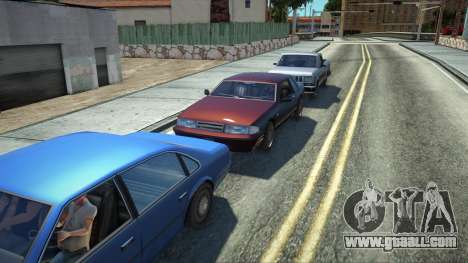 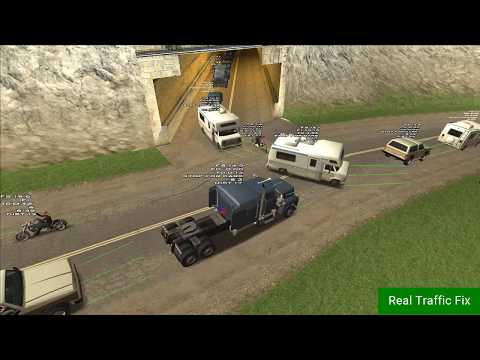 Real Traffic Fix is ​​an ASI plugin that really fixes the behavior of vehicles in the game. Real traffic in GTA San Andreas controlled by artificial intelligence.

Updated 02.25.2020
- Fixed the "AvoidVehiclesChangingLane" error that was driving cars on the sidewalk. This was because they thought the sidewalk was an alley. Now the mod works as it should.
- Now "SlowVehiclesSlowLane" (slow vehicles, eg trucks, in the right lane) places the vehicle in the right lane right when it is created in the game. In the previous version, it was created in the wrong lane and was soon rebuilt, which worsened traffic. Traffic is much better now.
- Removed "FramesDelayToForcePhysics" as it only made the mod work worse. This is how car and motorcycle accidents on the highway were corrected.
- In the INI file, comments to the settings are translated into English.

Features of RT mod:
- Forces to use real physics in all cars in the game, thereby correcting various errors of unreal movements. Cars will have natural movement of the suspension and wheels.
- Intelligent obstacle detection, which predicts the direction of the vehicle and includes abrupt changes in path (for example, the beginning and end of hills).
- Debug mode can be activated which shows various information about each vehicle, including collision detection lines. Similar to what Rockstar North used in the development of GTA SA. Useful for mod customization.
- Vehicles accelerate whenever possible, so each car will move at a different more realistic speed.
- Cars slow down when cornering.
- Prohibiting vehicles from abruptly changing lanes in front of you.
- Large and slow vehicles such as trucks, buses and tractors only drive in the right lane.
- Bicycles use the logic of motorcycles, so they also avoid obstacles (which should be the default in the game).
- You can activate motorcycle logic on cars. It looks good in most cases, but not at intersections (disabled by default).
- Fixes vehicles getting stuck in the ground (initial bug in the game, but not always working).
- You can reduce the number of audible signals and traffic complaints.
- Can be disabled to signal cyclists in traffic jams.
- Adaptation to the speed bump mods. Cars slow down when approaching an artificial bump.
- All settings are in the RealTrafficFix.ini file, so you can try to configure traffic to your liking, as well as display debug information on the plug-in in the game.

Despite the fact that the mod has such a large functionality, it is light and not very intrusive to play, it does not replace anything in AI, it is just an addition. Hence, it rarely causes problems and incompatibilities.

Download the mod for Real Traffic for GTA San Andreas, follow the links below on the page. The mod requires ASI Loader to work