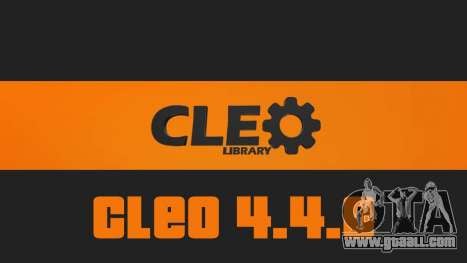 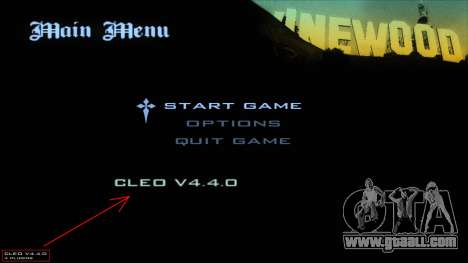 CLEO Library 4.4.0 for GTA San Andreas is a new branch in the development of CLEO 4 from Junior_Djjr. The CLEO library was originally developed by Seemann in 2007 but has not been developed recently.

ATTENTION!
- The library only works with GTA SA 1.0 US.
- Along with the CLEO library comes Silent's ASI Loader, which automatically allows you to load files with the .asi extension when the game starts.
- To play audio, BASS.dll version 2.4.15 is included with CLEO.
- And also this mod includes CLEO+ code from Junior_Djjr, which adds 290 more new opcodes.

Changes in version CLEO 4.4.0 (October 25, 2020):
The official update includes previous updates from Junior_Djjr, recompiled with the current tools, so the Windows XP adaptation has been removed due to the loss of support from Microsoft. Nothing added.
Additionally added Silent's ASI Loader and CLEO+.
- Removed support for Windows XP.

Update from Junior_Djjr required for the new version of CLEO +. There were also some improvements, fixed sounds that did not disappear when folding, and all incompatibilities with Fastman92 limit adjuster.


Unlike 4.1, 4.3 / 4.4 includes many fixes, including fixes for conflicts between scripts that load sprites.