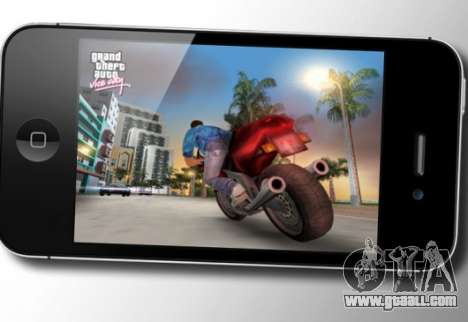 Today is already a year since the release of Grand Theft Auto: Vice City on iOS
The sixth of December of last year came out Grand Theft Auto: Vice City on iOS. After a week, Vice City was released on Android, but first, after all, there was Apple release. By that time on iOS and on the Android GTA 3 was already almost for a year - its release for mobile devices occurred in 2011, in December.

It is worth mentioning that the year 2013 is not empty in the calendar of releases of game series Grand Theft Auto on mobile devices - this month should occur release of GTA: San Andreas Mobile. We are waiting!
↑